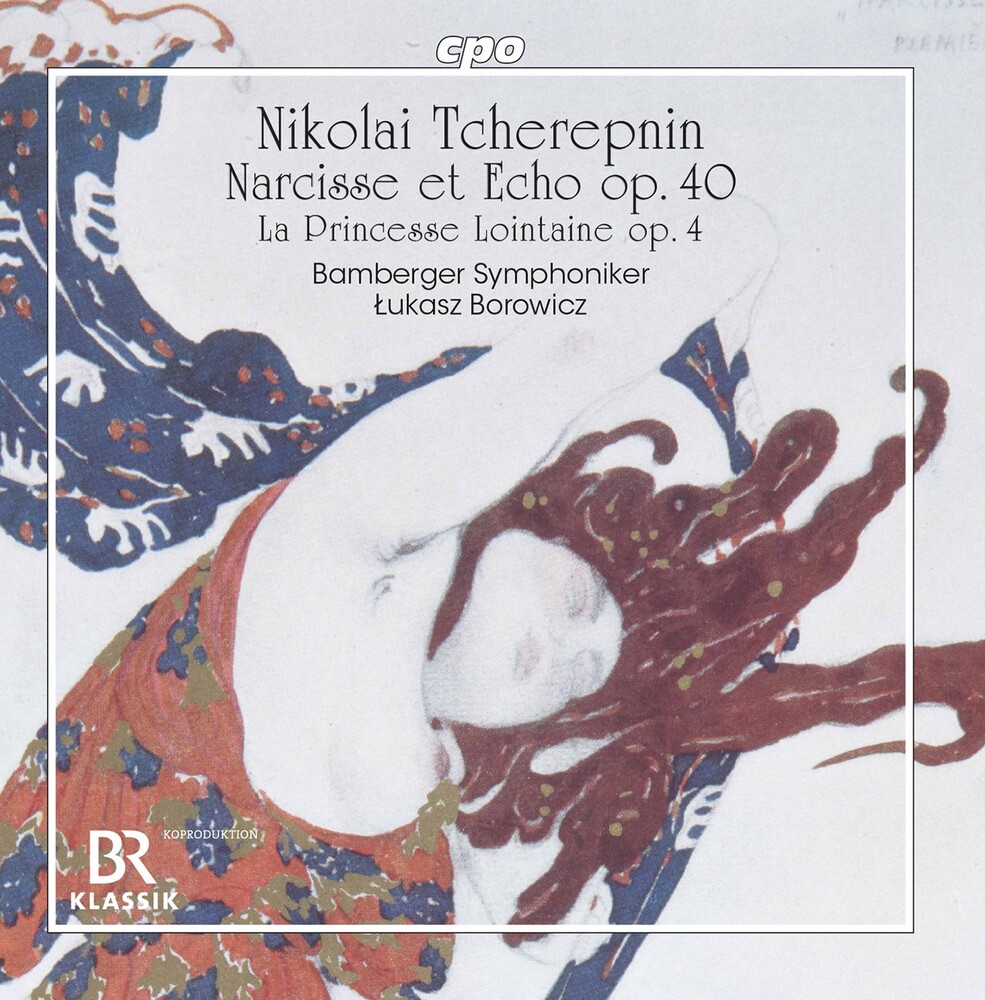 Nikolai Tcherepnin (not to be confused with his son Alexander!) represents a generation of composers who not only combined two diametrically opposed epochs - the nineteenth and twentieth centuries - but also followed the path of stylistic change leading from late romanticism to impressionism and from impressionism to modernism. His name stands not only for the culture of his native Russia but also in equal measure for Western European art - and especially that of France. In the symphonic prelude Princesse lointaine, a short early work, Tcherepnin develops his compositional aesthetic, and we already detect what later would be a dominant element in his mature works: an interest in legends and sagas. The ballet music for Narcissus and Echo forms the focus of this album. Tcherepnin realized the underlying ideas of the designer Léon Bakst and the choreographer Michel Fokine in his score and did so not merely in an illustrative way but on the strength of his own expressive means. The colorful gradations that Bakst discovered as an optical solution, sometimes the contrast between the Dionysian and Apollonian principles, and the contrast between the bright attire of the Booetians and the dark, muted color of the nymph Echo, who laments her unrequited love, are reflected in the changing orchestral coloration of the music. Tcherepnin's music, in part pervaded by a tenor's vocalises and a vocal ensemble, becomes a brilliant, highly pictorial subject. This is a stylized antiquity with an exquisiteness, beauty, and refinement integrated into a cult, and these characteristics situate the Narcissus score - one of the interesting aesthetic artistic monuments of the early twentieth century - in the vicinity of impressionism and modernism.