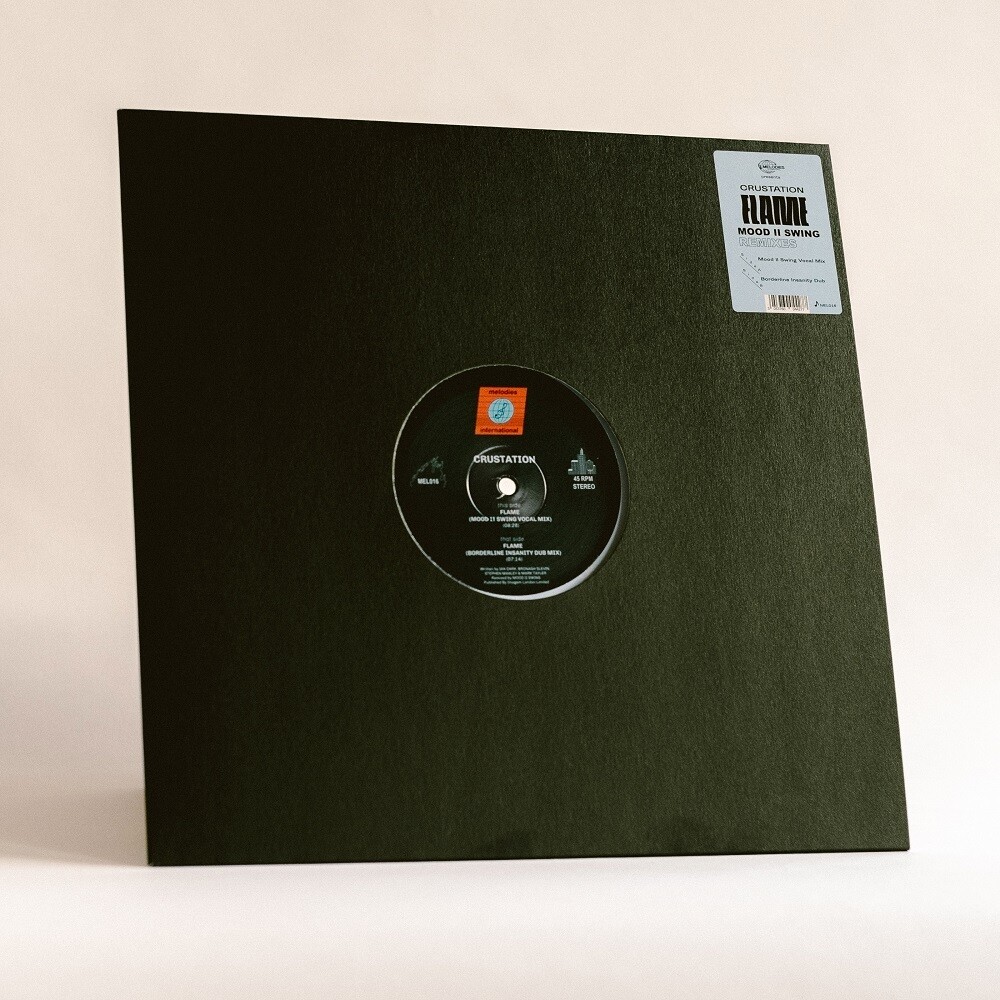 With MEL016, Melodies International are extremely proud to take one more step into house territory with their reissue of what certainly constitute the two most exciting remixes of Flame by UK Trip Hop group Crustation: New York House legends Mood II Swing's Vocal and Borderline Insanity Dub mixes. John Ciafone and Lem Springsteen from Mood II Swing grew up and met in New York City in the early 90s. They were club kids with roots in early hip hop, soul and disco and soon decided to start producing together. After a fateful encounter with Louie Vega from Masters At Work, Ciafone and Springsteen committed to pursue dance music, and given the opportunity started releasing their own records that would lead them to settle in as genre defining house producers celebrated by their contemporaries back then whilst informing and influencing the styles of many eminent dance music producers of today. Both these remixes would go on to become club classics, the Borderline Insanity Dub mix in particular which embodies one of Ciafone's brightest and most inspired moments in the studio, which would go on to influence a whole new generation of producers.