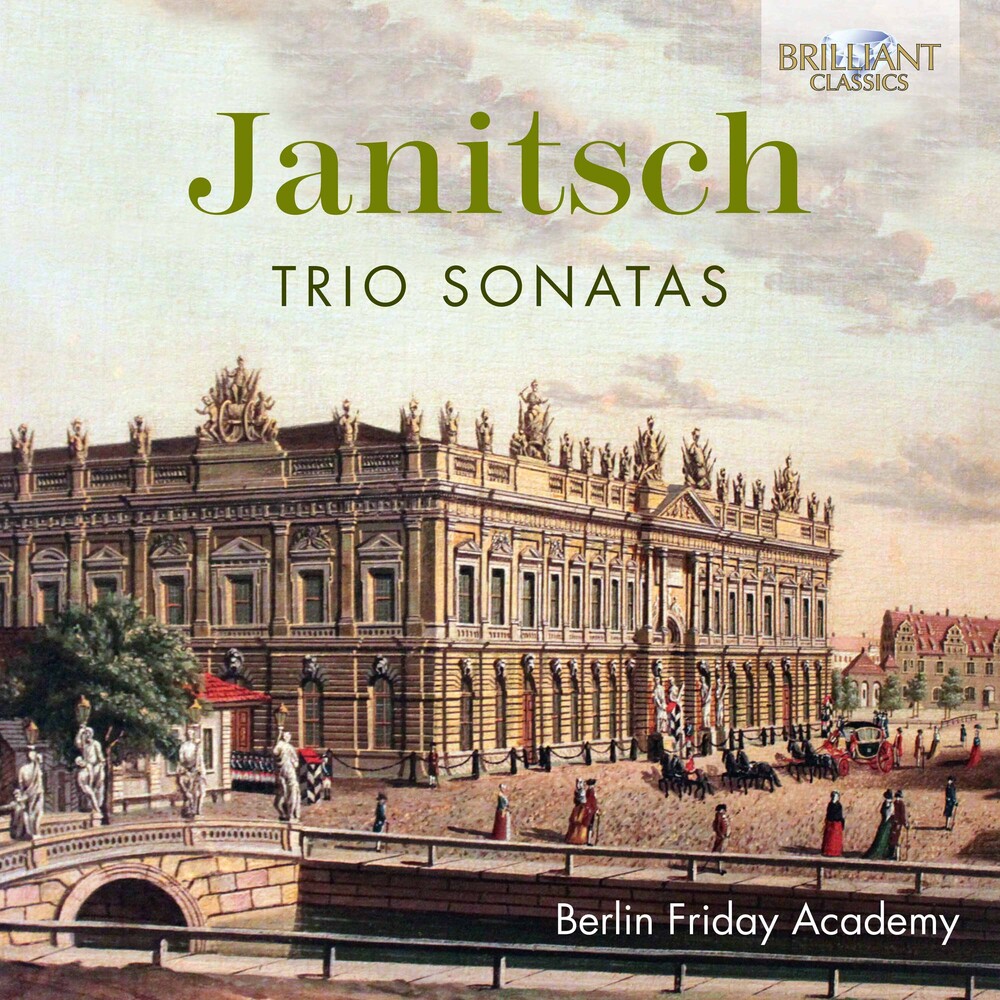 New recordings of elegantly crafted chamber music by one of the leading musical lights of Berlin during the mid-18th century. A contemporary biographical sketch of Johann Gottlieb Janitsch (1708-ca 1763) presented him as 'cheerful and unpretentious', which captures these five trio sonatas in a nutshell. Without emulating the contrapuntal sophistication of Bach's works in the same medium, or the extrovert cosmopolitan spirit of Handel's chamber music for his English patrons, Janitsch's music offers pleasures of it's own. Recognizably drawing on the trio sonata tradition handed down by Corelli and north-Italian contemporaries, the five pieces recorded here reveal subtle distinctions in sound, scoring, and individual musical ideas that would have been appreciated by members of the 'academy' which met every Friday at Janitsch's home in the Prussian town of Rheinsburg during the late 1730s, and thereafter in Berlin, where the composer moved in service to Frederick the Great in 1740. Janitsch played the double bass, cello and keyboard instruments, and his practical experience lends the basso continuo parts of these trio sonatas a discreet individuality, while the two upper lines are shared between oboe, flute, violin and viola. Very much within the character of Frederick's court, the expressive key signature of the sonatas is a lively seriousness distinct from the carefree gaiety of, say, Telemann's Tafelmusik collection. Janitsch's music is some of the most creative work from the 18th century, with rich melodies and harmonies that reflect the unbridled optimism of the Enlightenment. These works are not only a great joy to play, but are superb to listen to and engage with.