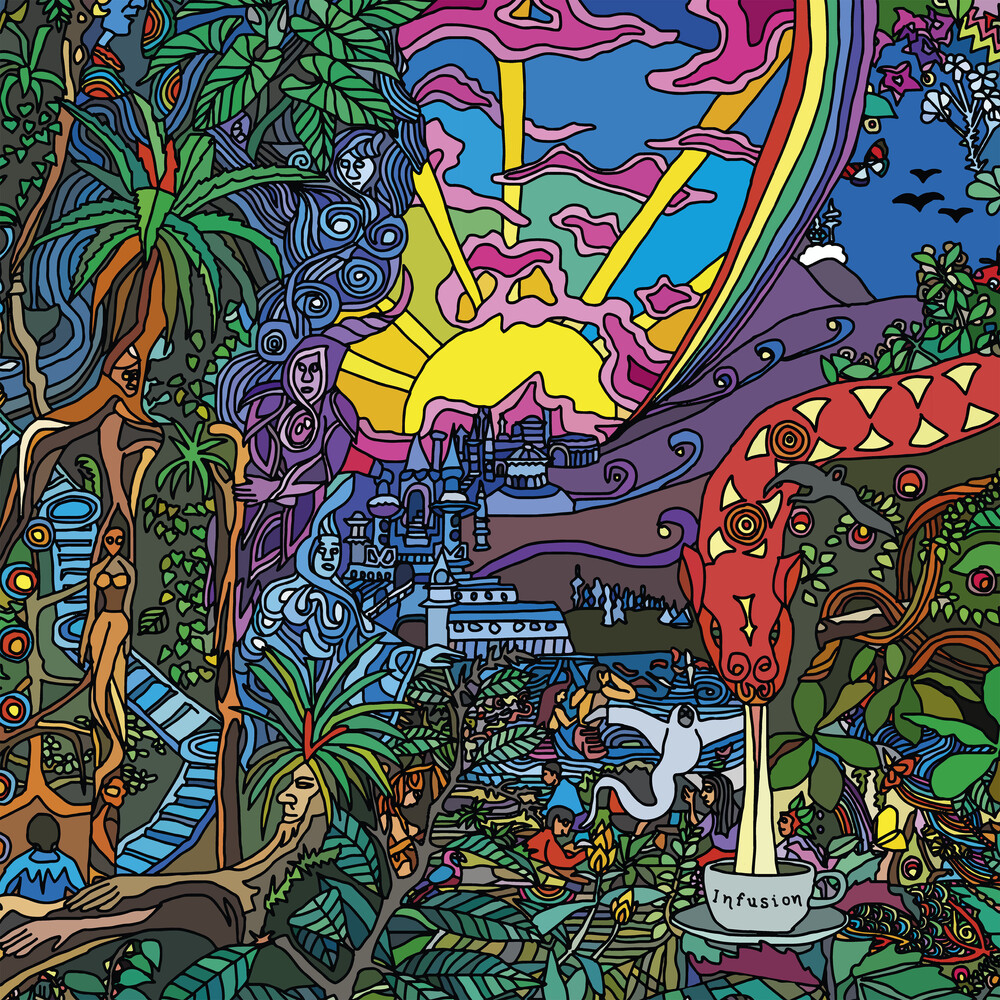 Rubber Tea's "Infusion" is a collection of musical stories and fictional journeys which let the listener escape into the vast world of their own imagination. The manifold album artwork created by David Erzmann perfectly represents the music: Rubber Tea makes use of a wide range of musical instruments - featuring electric and acoustic guitars, fretless bass, vintage synthesizers and organ, saxophone, flute and diverse percussion, amongst others. With the help of several guest musicians the band was able to further expand their sound. It ranges from timeless, dreamy soundscapes (Downstream) to rythmically complex extravaganzas capturing insanity and confusion of recent history (American Dream). Alongside epic organ and guitar solos the concise voice of singer Vanessa Gross tells the most colourful stories, in a way no image or film by themselves ever could. The album rewards the attentive and curious listener with it's progressive concept beyond the musical status quo. After spending one year in the studio, Rubber Tea proudly presents their debut album "Infusion" - 8 musical tales available on both CD and Vinyl, released by Sireena Records.