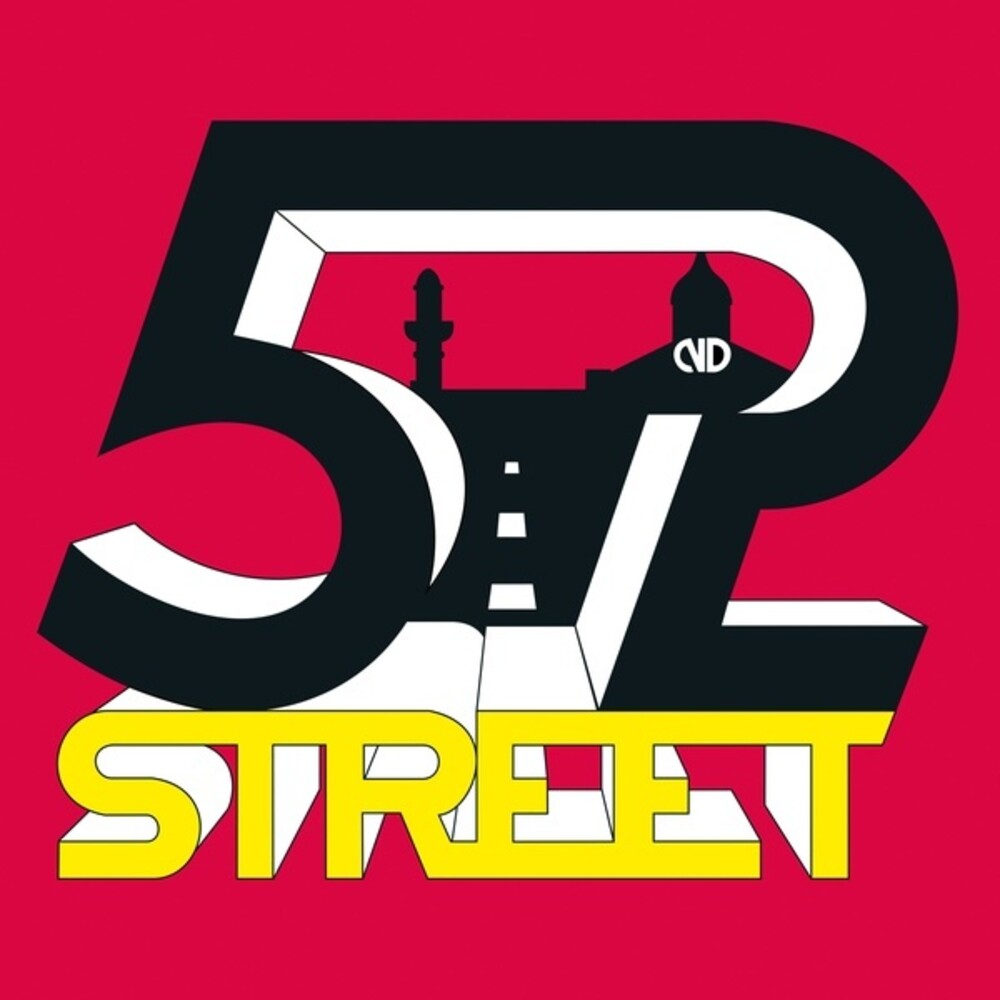 "Who put the dance into Factory Records?" Be With would like to refer you to FAC 59. Working with founding member Tony Henry, we're honoured to present the reissue of 52nd Street's crucial debut single "Look Into My Eyes", backed with "Express". Originally released on Factory Records in Summer 1982, this ultra-rare 12' is a double-sider in the truest sense. Unrivalled Manchester jazz-funk-boogie-soul. Both "Look Into My Eyes" and "Express" came out of a five day recording session in the spring of 1982 at Revolution Studios in Cheadle Hulme, just outside Manchester. Rob Gretton had just signed the band to Factory, snatching them from under the noses of RCA and WEA Records who had been sniffing around and seemingly ignoring Tony Wilson's concerns that Factory might not be the right home for a black soul act. Rob clearly thought different. The band of Tony Henry on guitar and vocals, bass player Derek Johnson, drummer Tony Thompson, lead vocalist Beverley McDonald and John Dennison on keyboards were put in the studio with A Certain Ratio's drummer Donald Johnson producing the sessions. The band also found themselves with an interesting new member. The back cover of the finished record credits synth F/X to a mysterious "Be Music". Turns out that's Bernard Sumner. Yes, that one. Tony Henry explains that bringing Bernard in was another part of Rob Gretton's plan, "Barney was a real soul boy at heart and had always wanted to produce and work with black artists... with 52nd Street, he was an honorary member". The results suggest he fit right in. "Look Into My Eyes" squeezes so much aural pleasure into one side of a 12' single. A strutting, rich, soul-gliding funk with bass and guitar high in the mix above twisted, bubbling synths. Like Nile and Barney drenched outside the Haçienda that first summer. How can something be this liquid loose whilst sounding so, so tight? The hypnotic, naïve-cum-insouciant vocals from McDonald, backed by her fellas, only add to the track's charm. Put simply, it sounds like nothing else. On the flip, "Express" is sheer drama on wax. Tony's opening lesson in good manners ("Excuse me miss, is this seat taken?") sees us strapped in for a wild, chaotic, rhythmic ride. All bold keys, synth brass blasts, insistent bells and a galloping groove giving *that rush* atop a bassline to die for. No surprise it was a Frankie Knuckles favourite. Blistering heat.