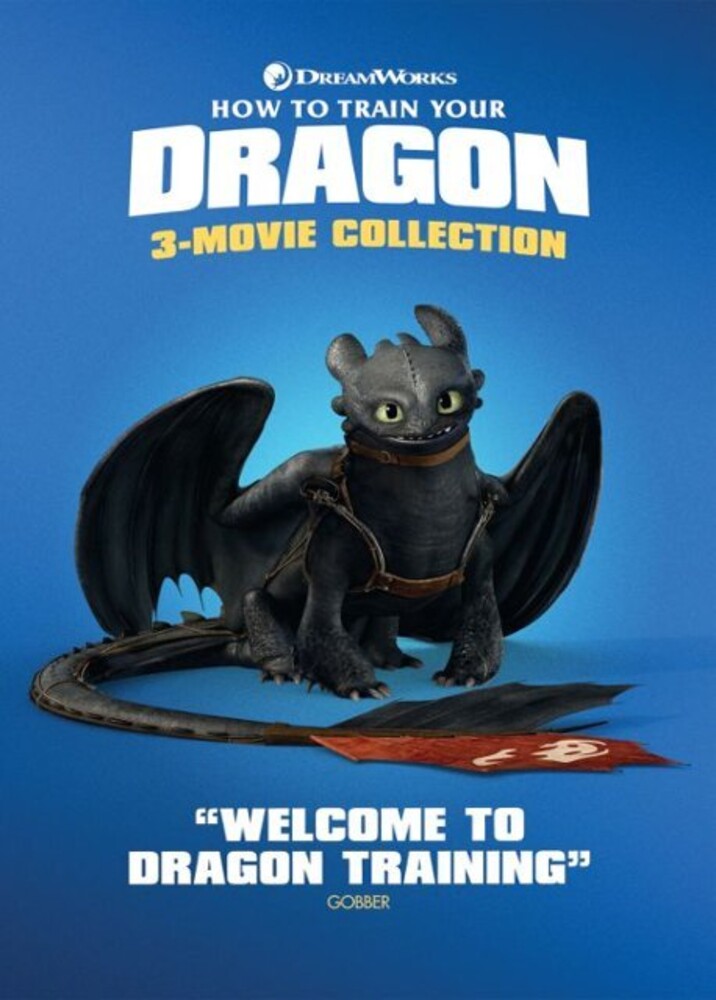 Three-disc set includes: How To Train Your Dragon (2010)In this hit animated adventure for the whole family, Hiccup, a young Viking who dreams of being a brave dragon killer, strikes up an unlikely friendship with one of the flying beasts after wounding it in battle. Together, Hiccup and his new friend-whom he dubs Toothless-must unite their cultures in a fight against a giant evil dragon known as the Red Death. Features the voices of Jay Baruchel, Gerard Butler, America Ferrera, Craig Ferguson, Jonah Hill, Christopher Mintz-Plasse. 98 min. C/Rtg: PG How To Train Your Dragon 2 (2014)Unlikely Viking hero Hiccup and his pet dragon, Toothless, return in this exciting computer-animated sequel. It's been five years since Hiccup and Toothless brought about peace between humans and dragons. But they find themselves in the heat of battle once again as they face Drago, a mad conqueror who has amassed his own fleet of dragons that he means to use to attack Hiccup's village. Jay Baruchel, Cate Blanchett, Gerard Butler, America Ferrera, Djimon Hounsou supply voices. 102 min. C/Rtg: PG How To Train Your Dragon: The Hidden World (2019)The third and final chapter in the computer-animated film series finds the Viking island of Berk becoming overpopulated with dragons. Now, Berk's leader, Hiccup, his faithful dragon pal, Toothless, and the rest of the Berkians must locate the Hidden World, a land where the beasts will be safe. Their mission is made more perilous, however, by Grimmel the Grisly, a ruthless hunter using a female dragon to trap Toothless. Features the voices of Jay Baruchel, America Ferrera, Cate Blanchett, and F. Murray Abraham. 104 min. C/Rtg: PG
back to top