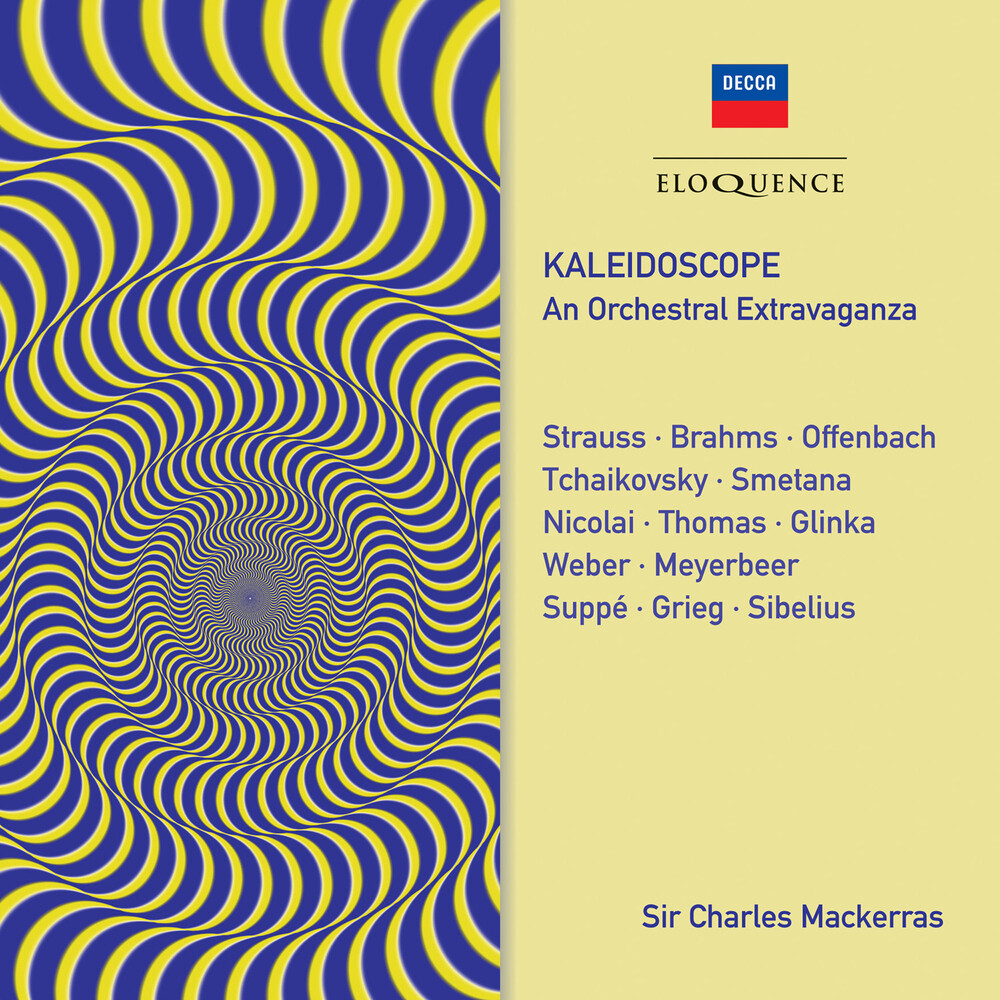 Mercury, Philips and Decca recordings of orchestral pops conducted by the supremely versatile Sir Charles Mackerras, including a pair of Strauss overtures new to CD. Few conductors, if any, have demonstrated the sheer versatility of Charles Mackerras. He could turn his sharp ear and his unfussy baton technique to every corner of classical repertoire, and early in his career, he conducted many recordings of popular ballet and symphonic repertoire for a range of record labels. The present collection revives the first-ever album he made for Decca in May 1958, of works by Grieg and Sibelius which were originally issued under RCA's 'Living Stereo' livery. The orchestra was probably the New Symphony Orchestra of London, renamed for contractual reasons. Three years later, Mackerras and the LSO recorded an enterprising selection of overtures and showpieces with brilliantly lifelike Mercury Living Presence engineering. Issued as 'Kaleidoscope', these recordings were originally scheduled as fillers for the sessions of Sviatoslav Richter's legendary Liszt concerto album, and indeed Nicolai's overture to The Merry Wives of Windsor was actually taped while a new piano was being delivered to the venue at Richter's demand. This newly remastered collection is completed by two more rarities from the conductor's long relationship with the LSO: incisive accounts of the overtures to Die Fledermaus and Der Zigeunerbaron, recorded for Philips in 1965 and long unavailable in any format, but distinguished by playing out of the top drawer.